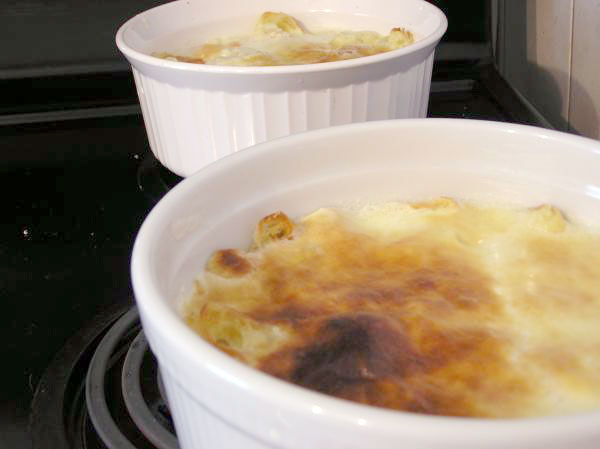 This is as close as you can get to “comfort food” for dessert. It’s soothing and delicious and smells great coming out of the oven. I first tried it in Kuwait when we were there in January and I couldn’t get enough of it! 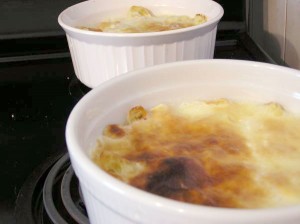 These would make great individual desserts, divided and baked in six-ounce ramekins.

The original recipes all call for raisins rather than dried cranberries, but I love the way the red berries studded the pudding and shone through the cream.

These would make great individual desserts, divided and baked in six-ounce ramekins.