Raising a child is hard work. Bringing up a boy who is headstrong, intelligent and ambitious is a difficult job. Nurturing him pretty much on your own is an exceptionally thorny occupation, full of pitfalls and “danger” signs…and lots and lots of bruises. 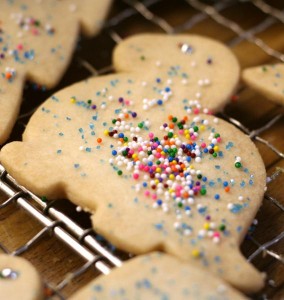 My son can be engaging, polite, endearing, loving, giving, understanding and adaptable. Toss a wrench into the mix when he’s least expecting it and you might swiftly have your head knocked off your shoulders. He can throw a temper tantrum with the best of them (me) when he’s tired, sick or when the moon is in the waning gibbous phase. Most people I know have never seen the evil demon side of Leith and probably never will. I however, have seen it quite a lot lately, and honestly wish I never had. My sweet little child can be quite the monster when he really, really tries (oh, if he’d put that much effort into his learning, he’d be a[n evil] genius!).

Motherhood is gruesome. Anyone who tries to tell you differently is either selling something or has never been a mother. It is the only job in the world where everyday you are certain you are doing something horribly wrong and yet you continue, without support, day in and day out. In fact, many days, not only do you doubt yourself, but someone else tells you that you are indeed doing something wrong and that you are incompetent.

If someone could have shown me a video of how my life would play out after having my son (the numerous hospital stays, the chronic fatigue, the chronic kidney disease, the temper tantrums [Leith’s, mine, everyone’s], the late nights, the no-sleep nights, the early mornings, the emotional rollercoaster that is being a mother) I might not have done it. I might have just gotten a dog and called it quits (not that there is anything wrong with that). 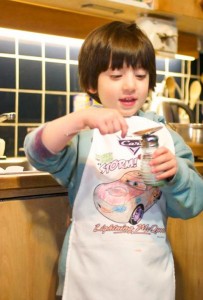 I am extremely thankful that no one bothered to show me that particular video. I am grateful for Leith and all the torture he brings into my life on a daily basis because of the additional happiness he also totes around. While he sometimes makes my life more difficult than it ought to be, he also makes it better. His giggles, his smiles and his hugs are like crack. His made up stories and his songs and his puppet shows are hallucinogenic and magical. While he can’t cure my medical problems he does make them significantly more bearable simply by telling me he loves me (“I love you mama”). I’m high on being HIS mom.

His personality and our relationship is mirrored in the shortbread cookies we made on the weekend. They are perfectly sweet, and just a little bit spicy with a slight crispiness to them; decorated with an untamed smattering of colourful sprinkles that catch your eye while the cookies melt in your mouth and make you smile.