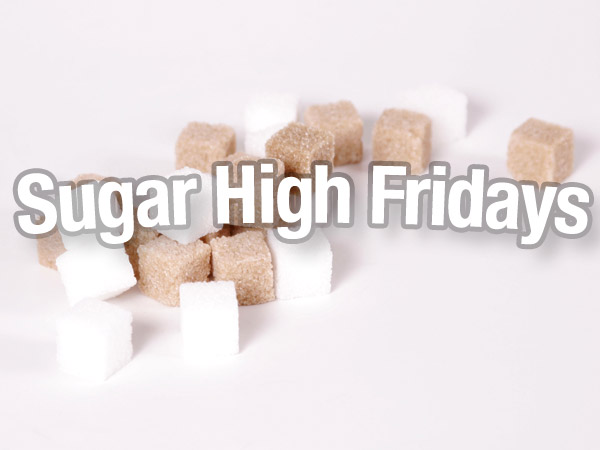 What the heck is a Sugar High Friday? That’s easy. It’s your best excuse to make something sweet and different, at least once a month. And to do it with tons of other people from around the world. It occurs during the last week of every month, entries due on the Monday and the round-up posted on the Friday (the Sugar High Friday that is!). 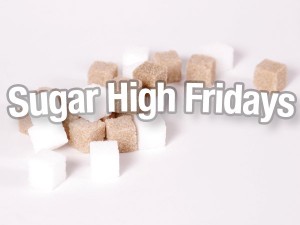 The rules and regulations – really, anything goes! Just make your favourite dessert that revolves around or highlights the specified ingredient or theme, which is always something different every month. An individual creation, a recipe you have always wanted to try but never have… an old standby that company loves and raves about every time you make it. Even a recipe you have already posted about before (as long as you post about it anew!); whatever tickles your imagination. Just make sure you stick to that month’s SHF theme, post your recipe by the specified deadline and email the host with a link to your SHF entry.

If you’d like to host SHF, please email me. But be prepared to make plans well in advance. As of right now, we are booking into the summer of 2011!

Here’s a listing of previous and upcoming SHF events and their hosts and themes. To fast-track to this month’s SHF introduction or round-up, hit the link on my main page. Happy SHF’ing!

SHF #75 – No-Bake Treats, by Alex of Yums and Loves. Theme: Desserts without Baking!

SHF #72 – Get Your Trifle On!, by Ivonne of Cream Puffs in Venice. Theme: Trifle

SHF #71 – Surprise!, by Heather of Souffle Days. Theme: Desserts with a Hidden Surprise

SHF #67 – Bar None, by Susan of The Well Seasoned Cook. Theme: Bar Cookies.

SHF #66 – Sweet without the Wheat, by Fran of Climbin’ the Walls. Theme: Desserts without wheat.

SHF #63 – Your Tenderest Twosome, by Jennifer of Domestic Goddess. Theme: Dessert to Pair with Wine.

SHF #62 – Sweet Comforts, by Kate of A Merrier World. Theme: Desserts You Turn to for Comfort.

SHF #60 – Toasted, by Rivka of Not Derby Pie. Theme: Desserts Made with Toasted Ingredients.

SHF #58 – Vegetable Surprise!, by Beth of The Expatriate’s Kitchen. Theme: Desserts Made with Vegetables.

SHF #55 – Sweet Without the Wheat, by Fran of Climbin’ the Walls. Theme: Desserts without Wheat.

SHF #54 – Take Me Away, by Heather of Diary of a Fanatic Foodie. Theme: Favourite Destination Desserts.

SHF #53 – The Test of Time, by Heather of Diary of a Fanatic Foodie. Theme: Desserts Over a Century Old.

SHF #51 – Childhood Delights, by Rachel of Vampituity. Theme: Desserts from your Childhood.

SHF #49 – All that Glitters, by Susan of The Well Seasoned Cook. Theme: Desserts that sparkle.

SHF #48 – Time to Spice Up Your Life Part One, and Two by Anita of Dessert First. Theme: Spiced desserts.

SHF #46 – Meringue, by Melissa of One Messy Kitchen. Theme:Desserts made with Meringue

SHF #45 – Berries, by Susan of Foodblogga. Theme:Desserts made with Berries

SHF #43 – Citrus, by Helen of Tartelette. Theme: Desserts with Citrus

SHF #41 – Sweet Gifts, by Danielle of Habeas Brulee. Theme: Desserts you want to make as gifts.

SHF #40 – Pies that Evoke Your Dreams, by Rachel of Vampituity. Theme: Pies & Tarts

SHF #38 – The Proof is in the Pudding!, by Zorra of Kochtopf. Theme: Puddings.

SHF #33 – Tropical Paradise, hosted by Mary of Alpineberry. Theme: Desserts that are Sweet/Tropical.

SHF #32 – The Sweetest Thing – I and II, hosted by Jennifer of The Domestic Goddess. Theme: Desserts You Crave.

SHF #31 – Tasting the Many Shades of White, hosted by Tara of Seven Spoons. Theme: Desserts in shades of white.

SHF #27 – Chocolate By Brand, hosted by David of …Living the Sweet Life in Paris. Theme: Your Favourite Chocolate.

SHF #22 – Can You Can?, hosted by Nicky and Oliver of Delicious Days. Theme: Jams and Preserves.

SHF #13 – The Dark Side, hosted by Kelli of Lovescool. Theme: Dark Chocolate.

SHF #11 – A Handful (or two) of Coffee Beans, hosted by Ronald of LoveSicily. Theme: Coffee.

SHF #10 – Oh Honey, You Shouldn’t Have, hosted by Nic of Bakingsheet. Theme: Honey.

SHF #8 – Pucker Up with Citrus! hosted by Alice of My Adventures in the Breadbox (Defunct Blog). Theme: Citrus.

SHF #7 – Black & Sticky, hosted by Derrick of An Obsession with Food. Theme: Molasses.

SHF #6 – Stuck on You, hosted by Debbie of Words to Eat By. Theme: Caramel.