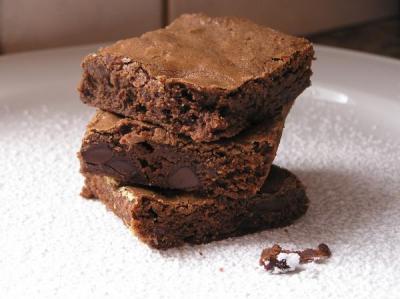 Why is it that when you are waiting for something to happen it always seems to take forever? Every day seems like an eternity when that day isn’t the day you thought you were waiting for.

That saying “good things come to those who wait” has never held more importance to me than it does these days. I have been waiting and waiting for good things to come…the waiting is the hardest part (thanks, Tom).

END_OF_DOCUMENT_TOKEN_TO_BE_REPLACED 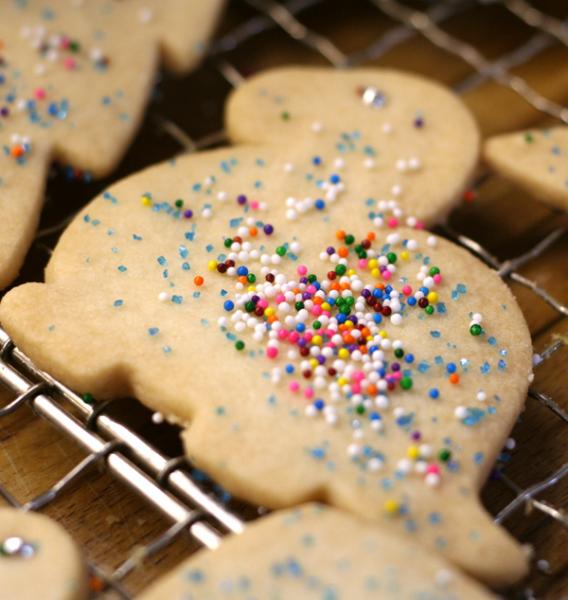 Raising a child is hard work. Bringing up a boy who is headstrong, intelligent and ambitious is a difficult job. Nurturing him pretty much on your own is an exceptionally thorny occupation, full of pitfalls and “danger” signs…and lots and lots of bruises. END_OF_DOCUMENT_TOKEN_TO_BE_REPLACED 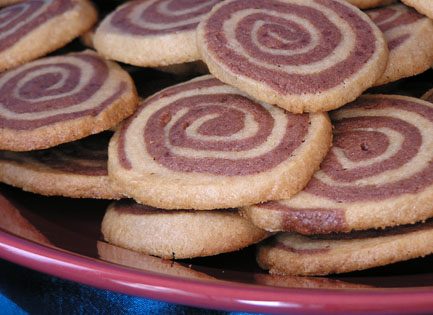 “Life is pain, princess…anyone who tells you differently is selling something…”

I think someone pulled my plug. I feel drained. Used up. Ka-put. As though someone has sucked the life from me like Prince Humperdink did to Wesley in “The Princess Bride”…

I don’t want to feel this way; I hate feeling down. But I’m at the point of wallowing now and that is pathetic. I’m finding it hard to concentrate on one thing for any length of time and even finding it difficult to smile. It’s like it takes too much energy to do these things and it is energy that I cannot spare.

END_OF_DOCUMENT_TOKEN_TO_BE_REPLACED 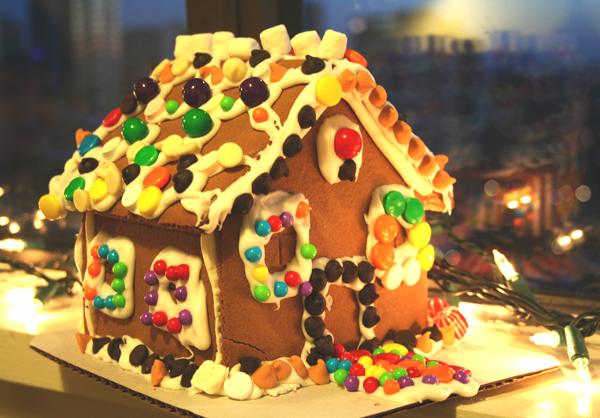 It started to snow on the same day we decided to decorate our gingerbread house. As I sat at the dining room table with Leith, listening to Christmas music, watching him lopsidedly pipe icing and randomly stick candies and chocolates onto the house, minute flakes of snow began their meandering, lackadaisical summersaults from the sky. I’m not sure what caught my eye first: the huge maple trees’ limbs dancing in the park across the street or the flecks of white that went whirling around those limbs. Which ever it might have been, it all made me smile.

END_OF_DOCUMENT_TOKEN_TO_BE_REPLACED 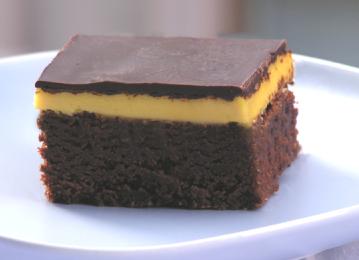 Mothers are notorious for making their children look dumb. They are truly exceptional at it, mostly because moms are smart and children are morons. It is when these children are dumb and stubborn that you get into trouble. I happened to be one of those (dumb and stubborn) children. Seriously, are you even remotely surprised?

When I was in grade school my mom taught me to make Nanaimo bars. They were my first dedicated foray into the world of baking; they were a recipe I could pull off a batch of without too much fuss and they always tasted delicious. I would tint the middle layer of icing pink for Valentine’s Day, green for St. Patrick’s Day and purple for Easter. Sometimes I even added sprinkles or flavours. They were just so amazingly delicious and completely versatile. I would take batches of them to school dances, fundraisers, birthdays, picnics and end-of-school parties. I managed to do this through almost to the end of high school without any problems arising… without feeling like a right idiot, at least. Everyone loved them.

END_OF_DOCUMENT_TOKEN_TO_BE_REPLACED 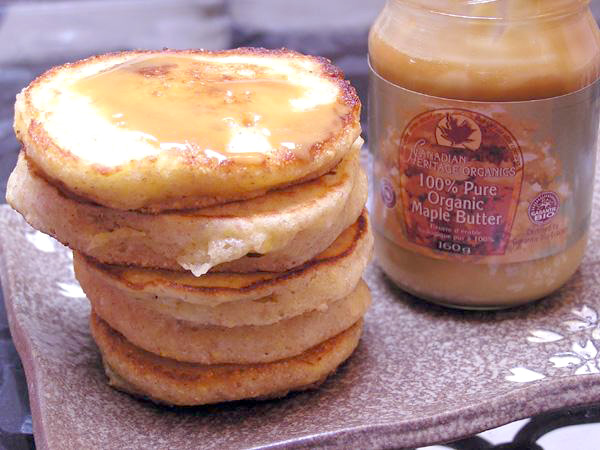 My most vivid memory of maple syrup is from when I was in grade school. Growing up in a household that proudly boasted a bedraggled original printing of the Laura Secord Canadian Cookbook allowed me to, at a very early age, discern the versatility of maple syrup – and the pleasure of it as well. Growing up in the same house as my mother only served to profoundly reinforce this particular philosophy.

END_OF_DOCUMENT_TOKEN_TO_BE_REPLACED

Recently I showed up at a friend’s house for dinner, and by the look on her husband’s face when he opened the door, I knew something was very wrong. Actually, allow me to rephrase that. Something was very wrong with me. He stammered a quick hello, smiled (laughed, if we’re being honest here) and let me in. I handed him the box I was carrying and rather self-consciously removed my hat, coat and scarf, peeking out from under my bangs at his still slightly dubious smirk. In my head I took imaginary stock of what he could be gawking at so malevolently.

Did I have paint in my hair? Something huge and disgusting stuck in my teeth? Only half of my makeup done? All were distinct possibilities.

Finally I squared my shoulders, took a deep breath and asked him what the heck was the matter. He smiled (laughed…see above) and turned to his wife who was coming down the hall at that moment. She smiled at me, warmly, and turned me towards the hall mirror. I went white. Seriously – I had turned white in the few scant hours since I’d last looked in the mirror. Somehow the icing sugar from the pastries I had made that afternoon had ended up all over me. And I uh, forgot to look in the mirror before rushing out the door, the guilty-party-pastries boxed up for dessert.

Of course I laughed it off and managed to clean myself up in their hall bathroom before joining the rest of the dinner party. It (I) became a running joke that evening – everyone coming up with their own names for the light and airy pastries that had caused all the ruckus. 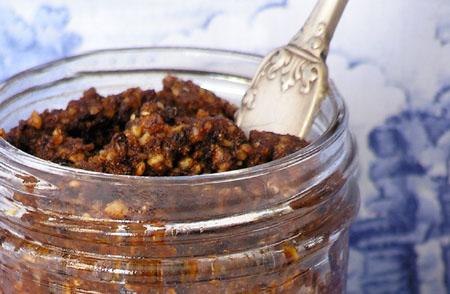 Every summer, for about as long as I can remember, my parents have planted tomato plants in their backyard garden. That’s what Victoria Day is for — as long as it’s not pouring rain or freezing cold (both good possibilities up here in the great white north) — planting the vegetable and herb gardens.

On the south side of the yard, where the sun shines the strongest and where the soil has grown vegetables and herbs for more than forty years…that’s where they go. I would make the trip to the nursery and pick out each plant as though it might be a piece of beautiful jewelry, carrying them home in the plastic trays, watching them bounce up and down on the seat next to me. The smell was always what I loved most in the beginning — the smell of freshly growing tomato plants is something beautiful and simple…it’s the smell of sweet and savory combined in one.

END_OF_DOCUMENT_TOKEN_TO_BE_REPLACED 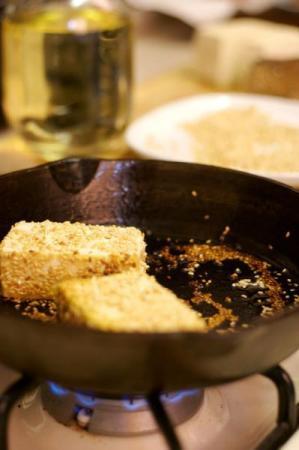 Inspiration strikes in mysterious ways – many things wouldn’t exist without it. For me, when it comes to cooking, inspiration is doubly important because sometimes, frankly, I have no idea what to do. Many nights, inspiration is non-existent at 5pm when I get home from work and I’m tired and hungry. Picking Leith up at school, getting hats and mittens and boots on and getting him home is a trial in itself. At these times that bag of digestive cookies really looks quite a lot like dinner…maybe with an orange juice chaser for a vegetable/fruit course.

END_OF_DOCUMENT_TOKEN_TO_BE_REPLACED 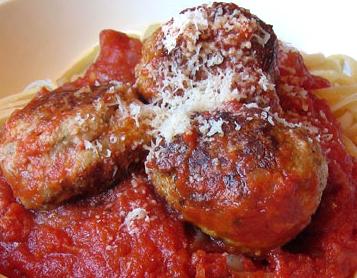 I used to be dreadful with accepting change. Having a child, I am now a roller-with-the-puncher, a flyer-by-the-seat-of-my-pants kind of gal; the parent of an utterly astounding kinder. I always knew having a child would change my life. I knew that having a child would probably change the way I ate and the way I cooked – for myself as well as for him. I knew I would be the type of A-personality mum who made her child’s food with both gratification and determination…it’s purely who I am. Remember: I’m not good with change.